NextStep is a up and coming startup that needs help designing a platform with the goal of helping "Wanderers" gain additional insight into the current / future job market in order to be better prepared for their future careers.

A young adult's category not only impacted their time to professional well-being but also their education trajectory, and financial future. 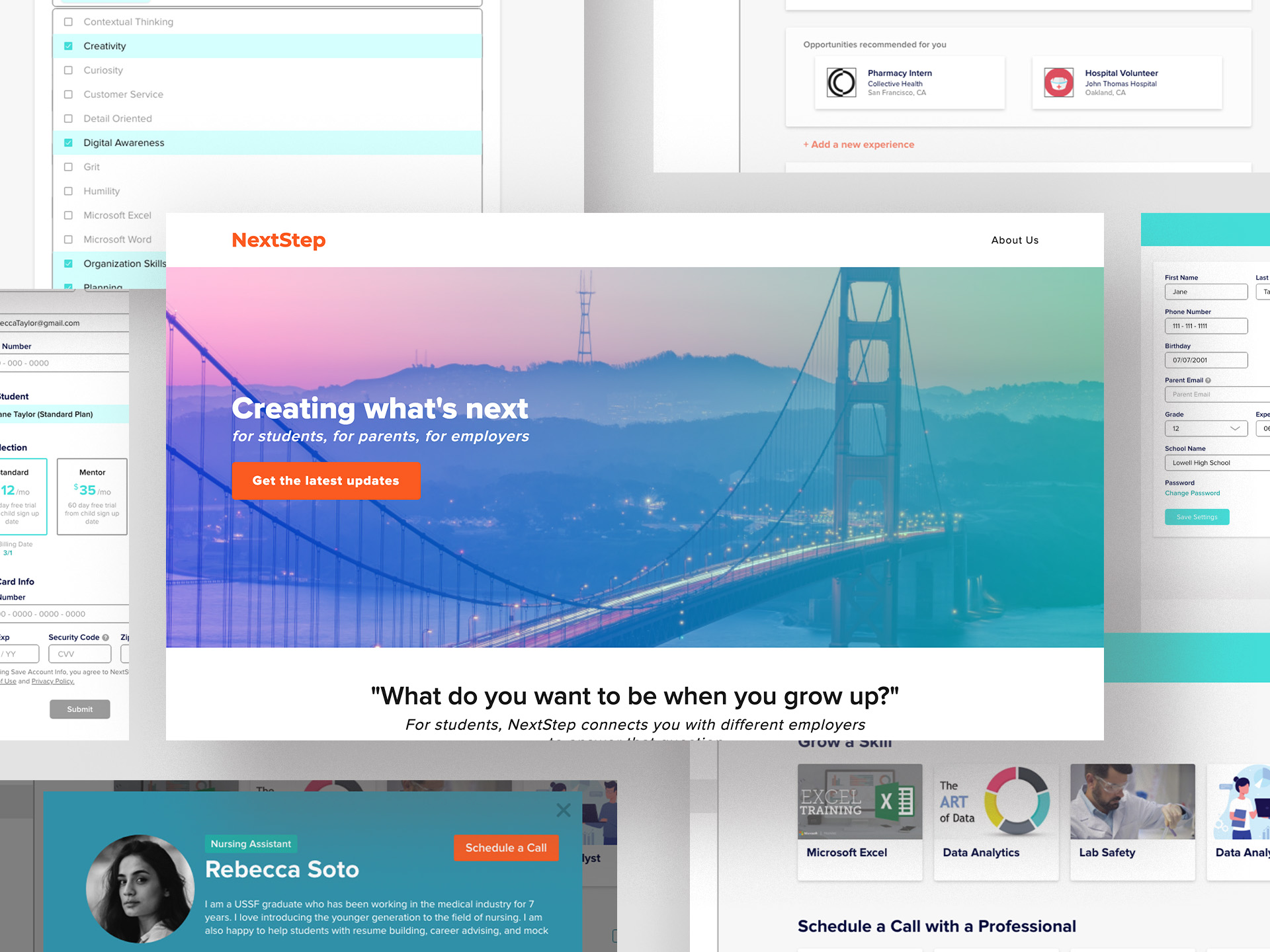 I first started my research by creating a research plan which you can view here.

After creating a plan, I then researched about the market in order to gain a general understanding of the motorcycle industry and MotoTech’s user demographic.

Through this analysis I quickly realized how under served this market was due to the lack of quality apps. My main takeaway was that in order to ensure MotoTech’s success, we would have to deliver a personalized app that breaks through into this under served market. 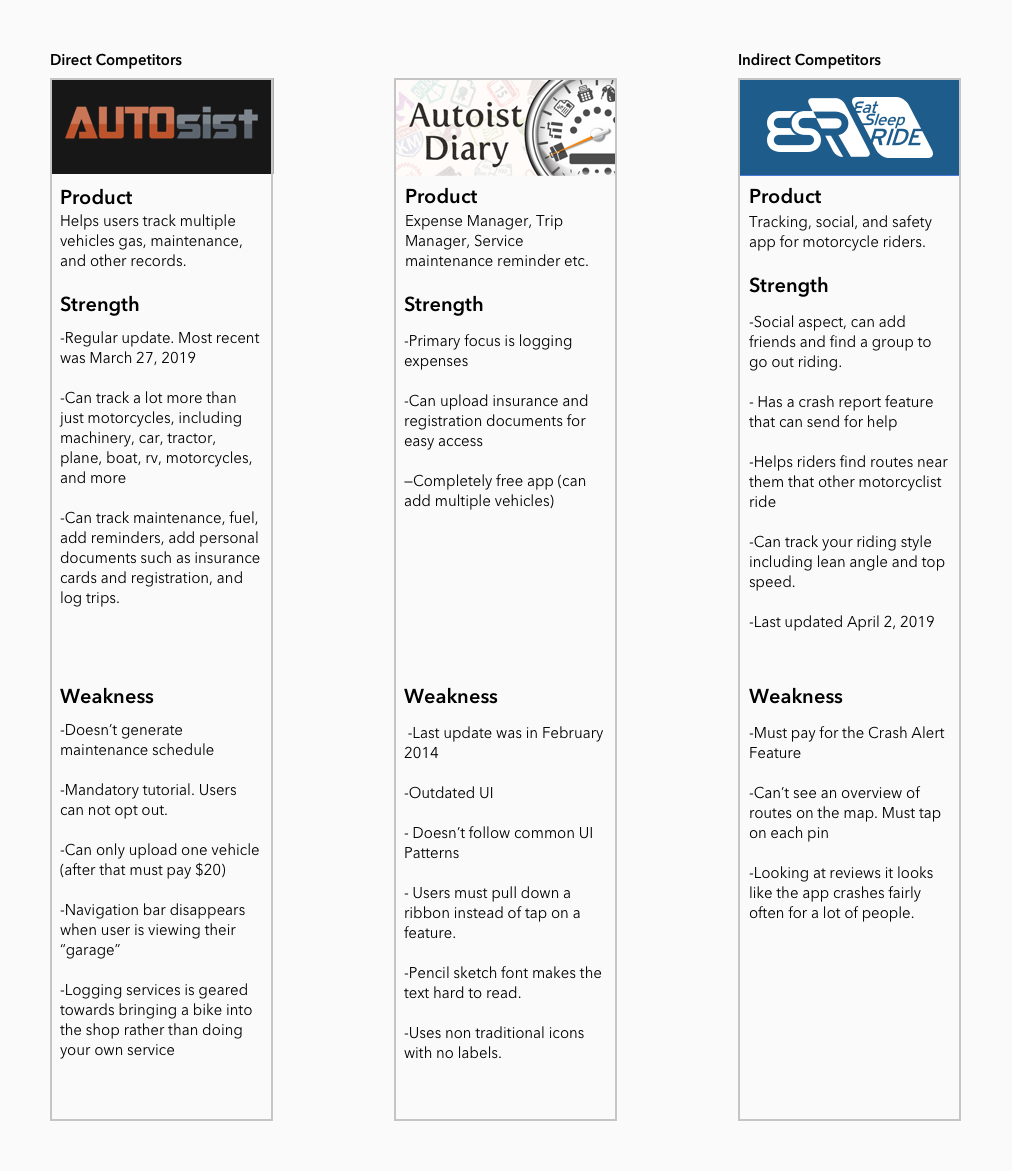 Now that I had a good understanding of the motorcycle industry, I wanted to get to know the users on a more personal level. To achieve this, I conducted 1-on-1 interviews with 5 participants.
‍

Through these interviews I was able to learn more about people’s relationship with their motorcycles and who the target users of MotoTech are. 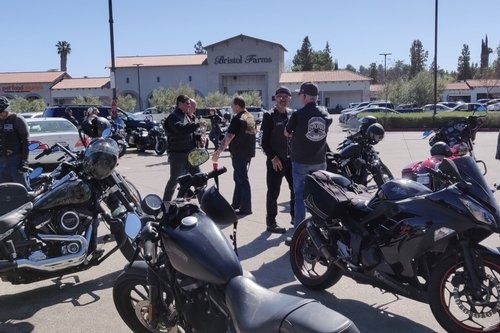 After gathering primary research data, I built an empathy map in order to synthesize the data and uncover user insights and define their needs. One major takeaway was that all participants had one thing in common. They were very passionate about being able to ride their motorcycles whenever they want. 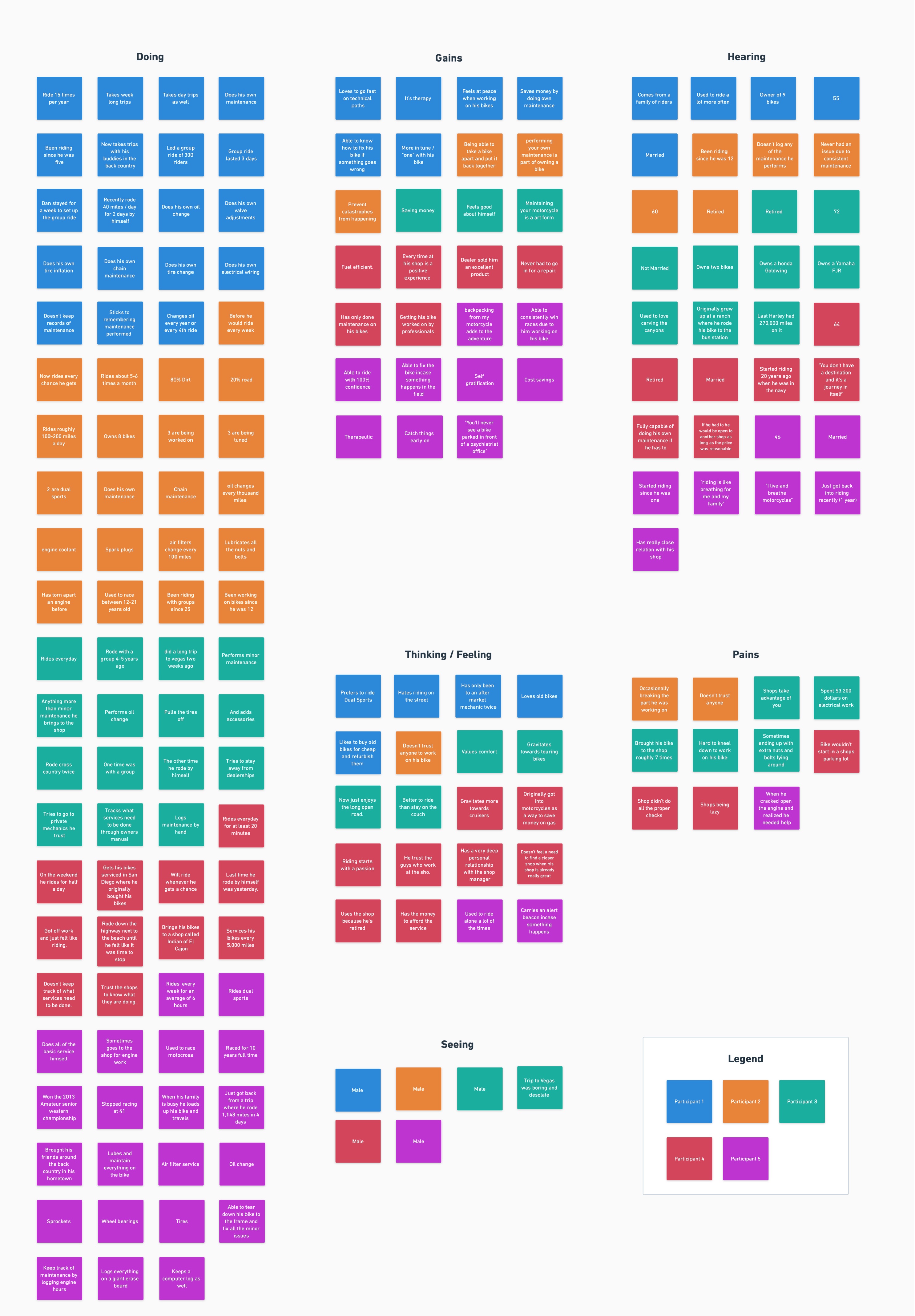 Referring to all of my research, I created a persona, Dave. By creating a realistic representation of the target users, I can better empathize with them and make sure that all of my design decisions are focused on the core users of MotoTech. 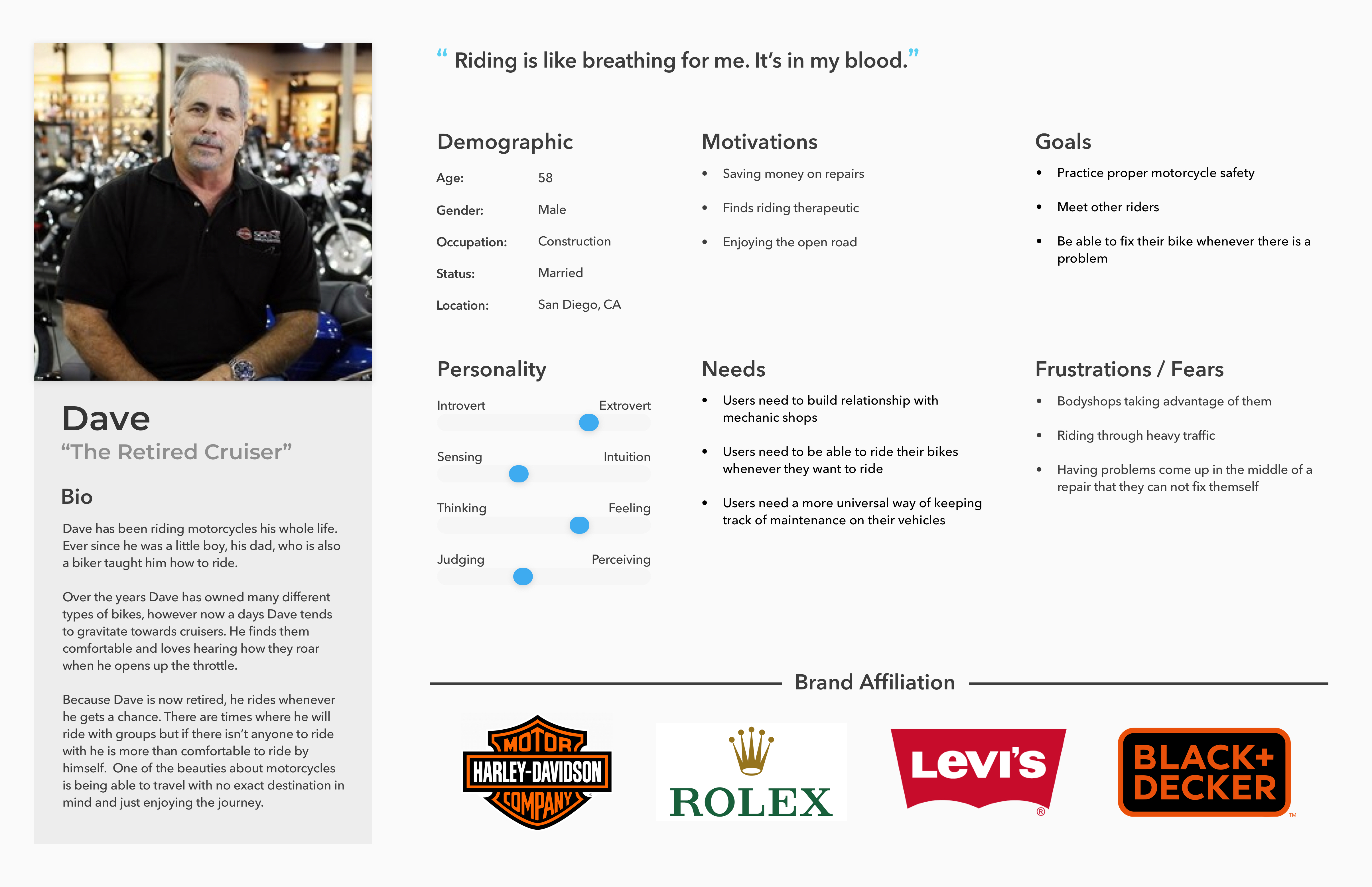 With the target user defined, it was time to translate Dave’s needs into action. I created point-of-view statements based on the user insights and needs. From these statements, I created a series of how-might-we questions in order to encourage the process of ideating solutions to Dave’s problems. 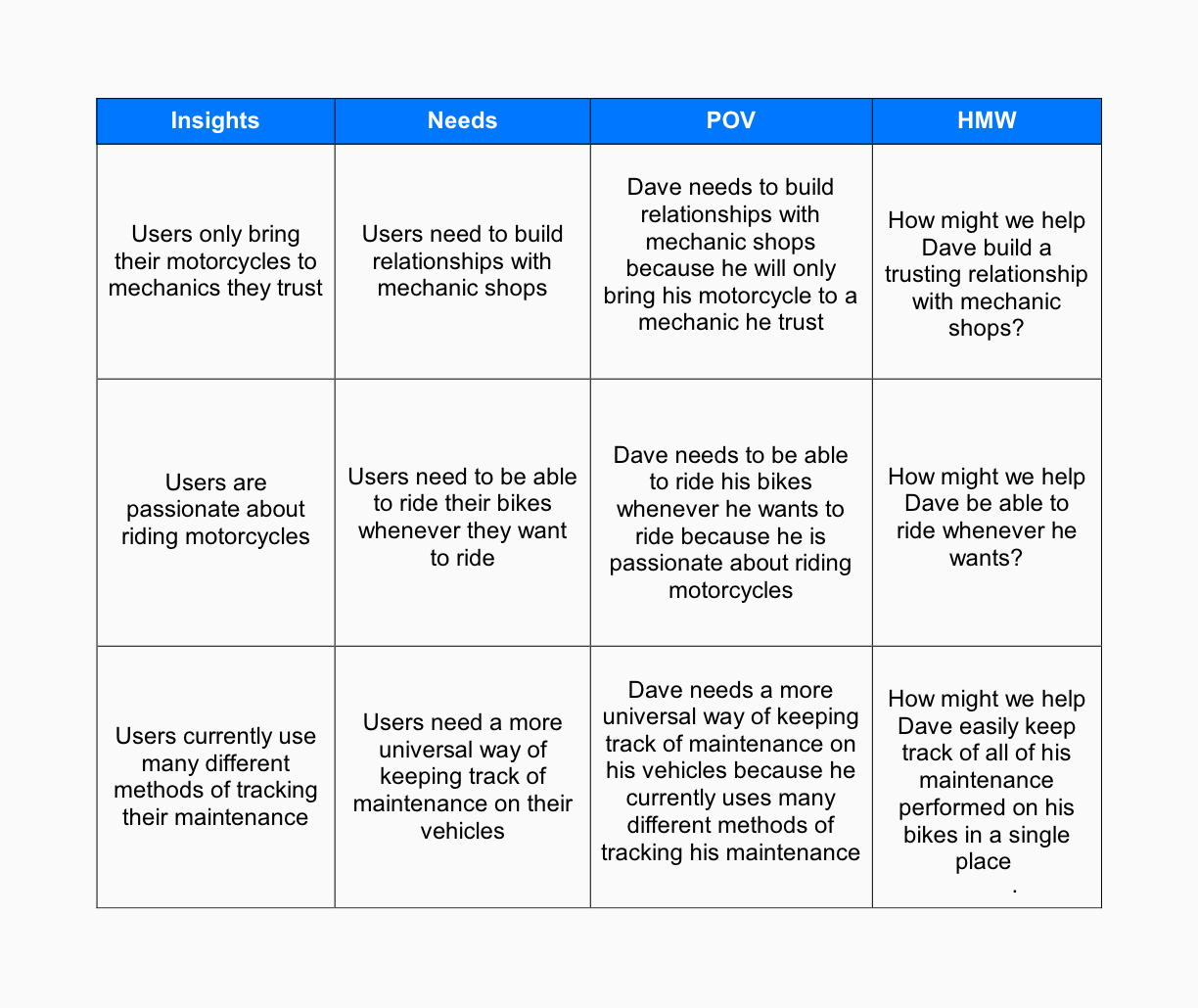 Using the how might we questions, I brainstormed a list of possible solutions that might meet Dave’s needs. The key takeaway from this, was to generate as many ideas as possible, I gave myself 5 minutes per question and did two sessions with a large break in between in order to encourage thinking and coming up with more solutions. 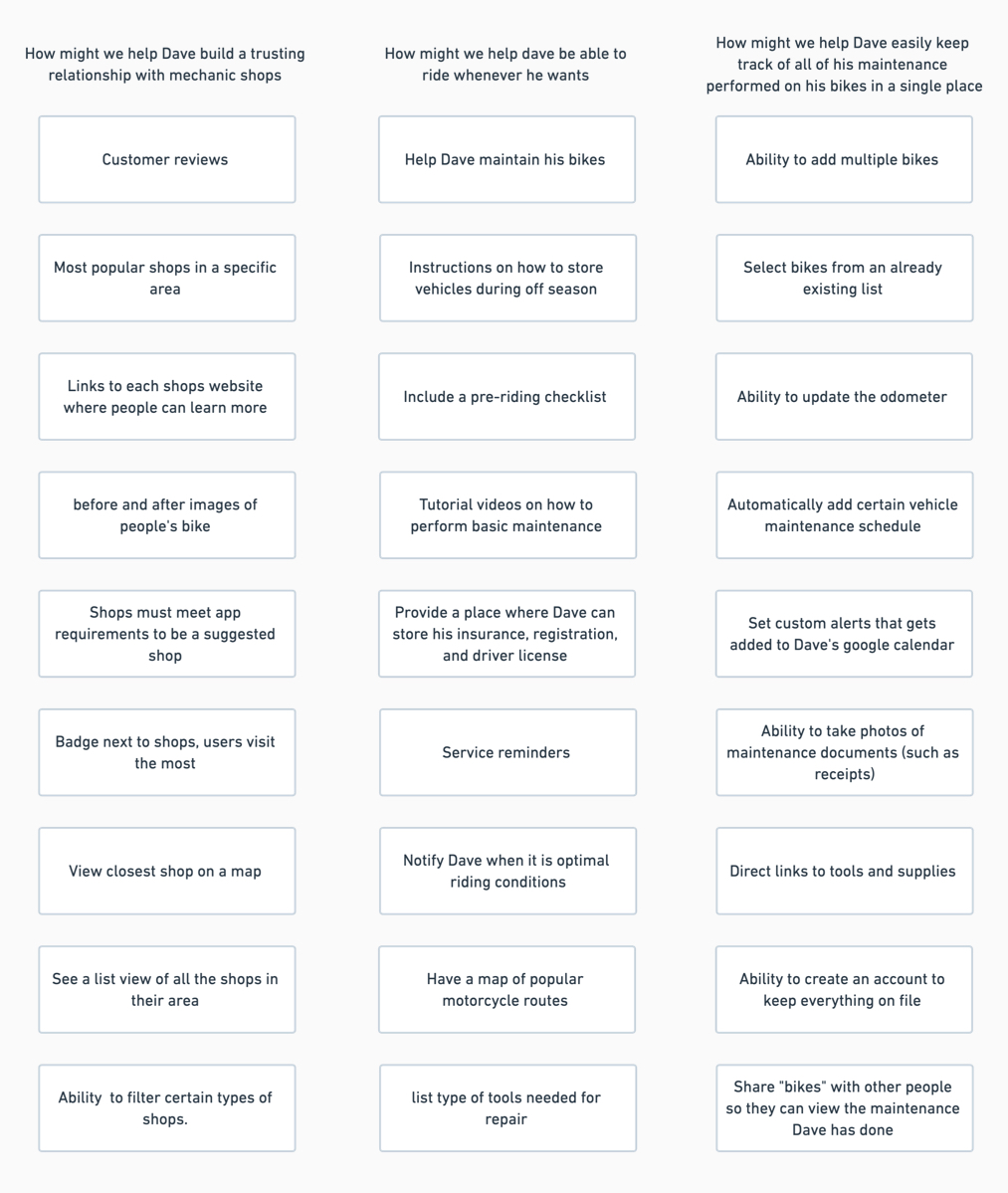 After brainstorming, it was now time to narrow down the list. I selected features based on how many people the feature would impact, and how much of an impact the feature would have on each person. The roadmap made it easier to focus on several key features for each of Dave’s needs. 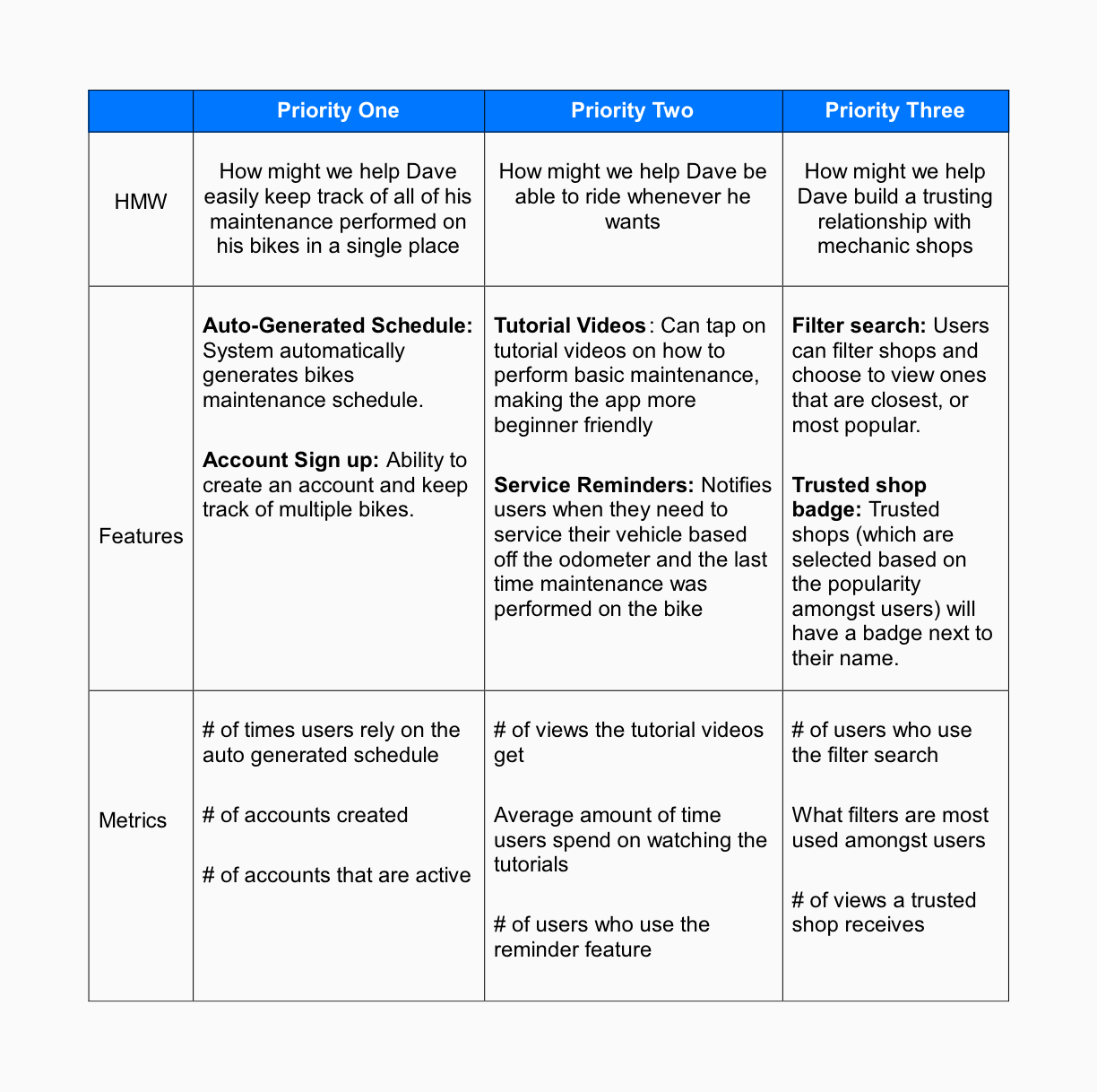 I then created a sitemap in order to establish the information architecture for the MotoTech app. I studied design patterns in a few motorcycle apps as well as reference Dave’s persona which helped me visualize the best way to structure the app for Dave’s needs. 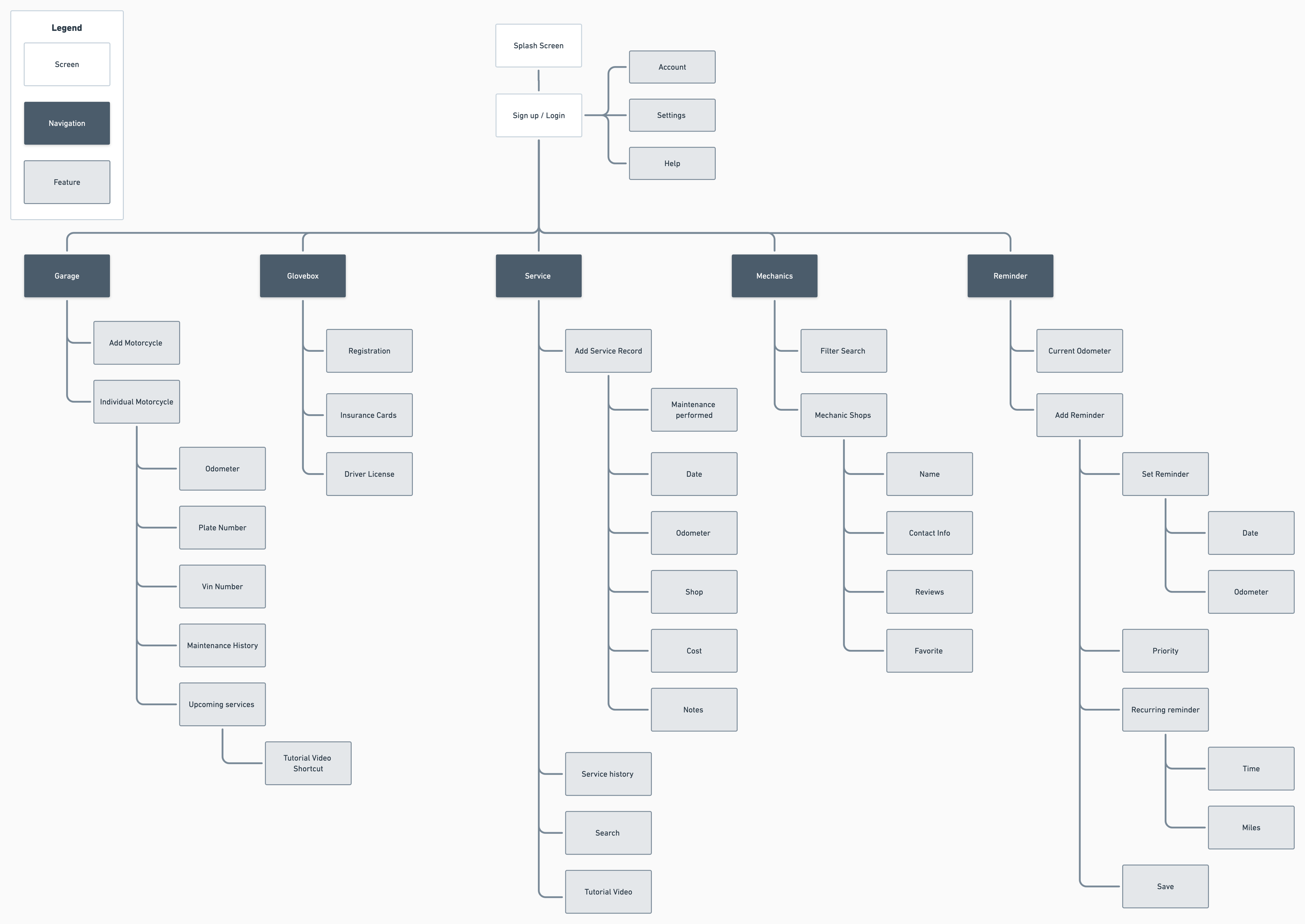 I created this task flow in order to help me understand how a user would accomplish their goal and what decisions they would face.

I started with first coming up with a series of sketches of the key screens established in my user flow. Sketching helps me think of ideas more freely and I am able to quickly iterate multiple versions and select the one that would be best for both MotoTech and their users. 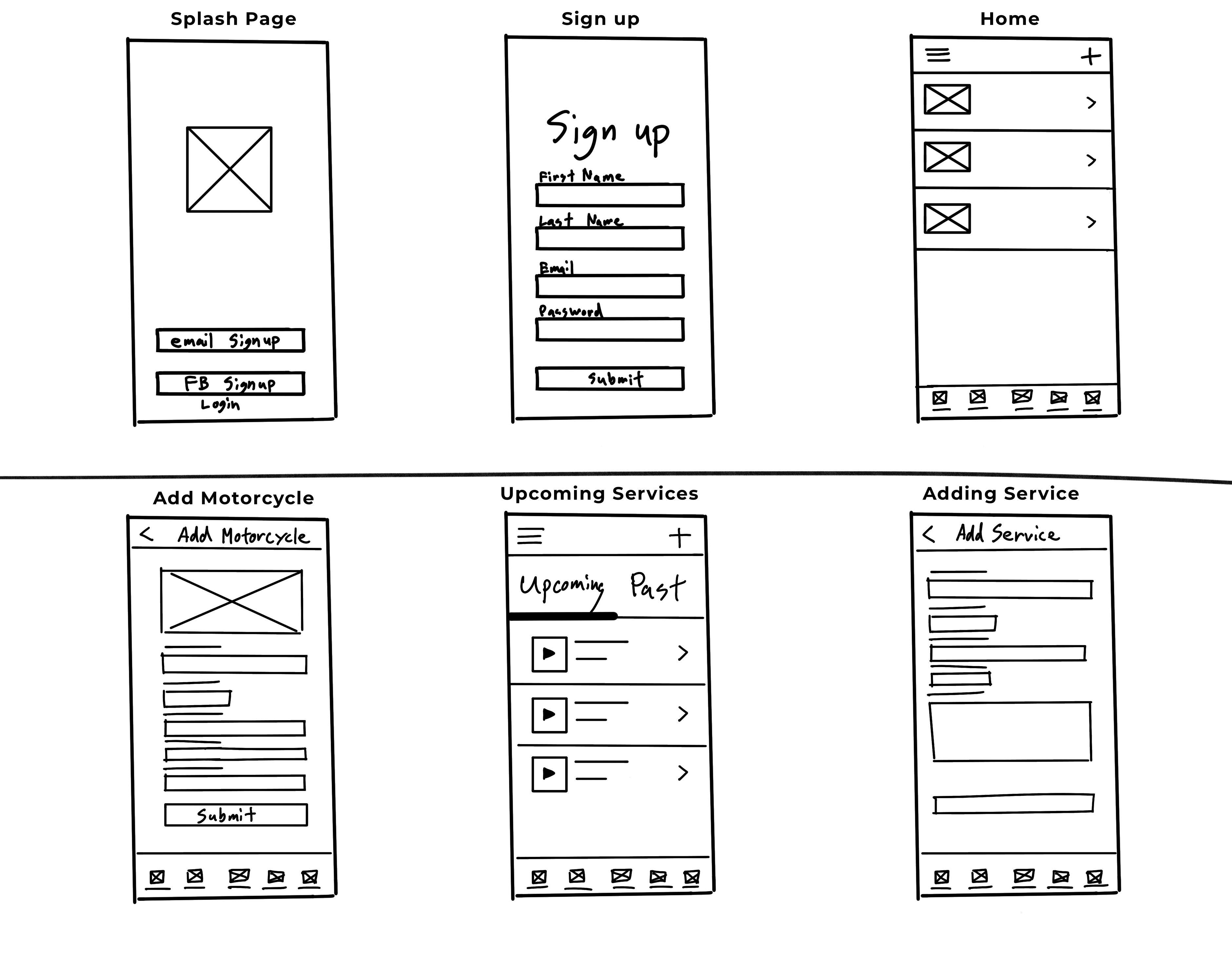 I created this task flow in order to help me understand how a user would accomplish their goal and what decisions they would face. 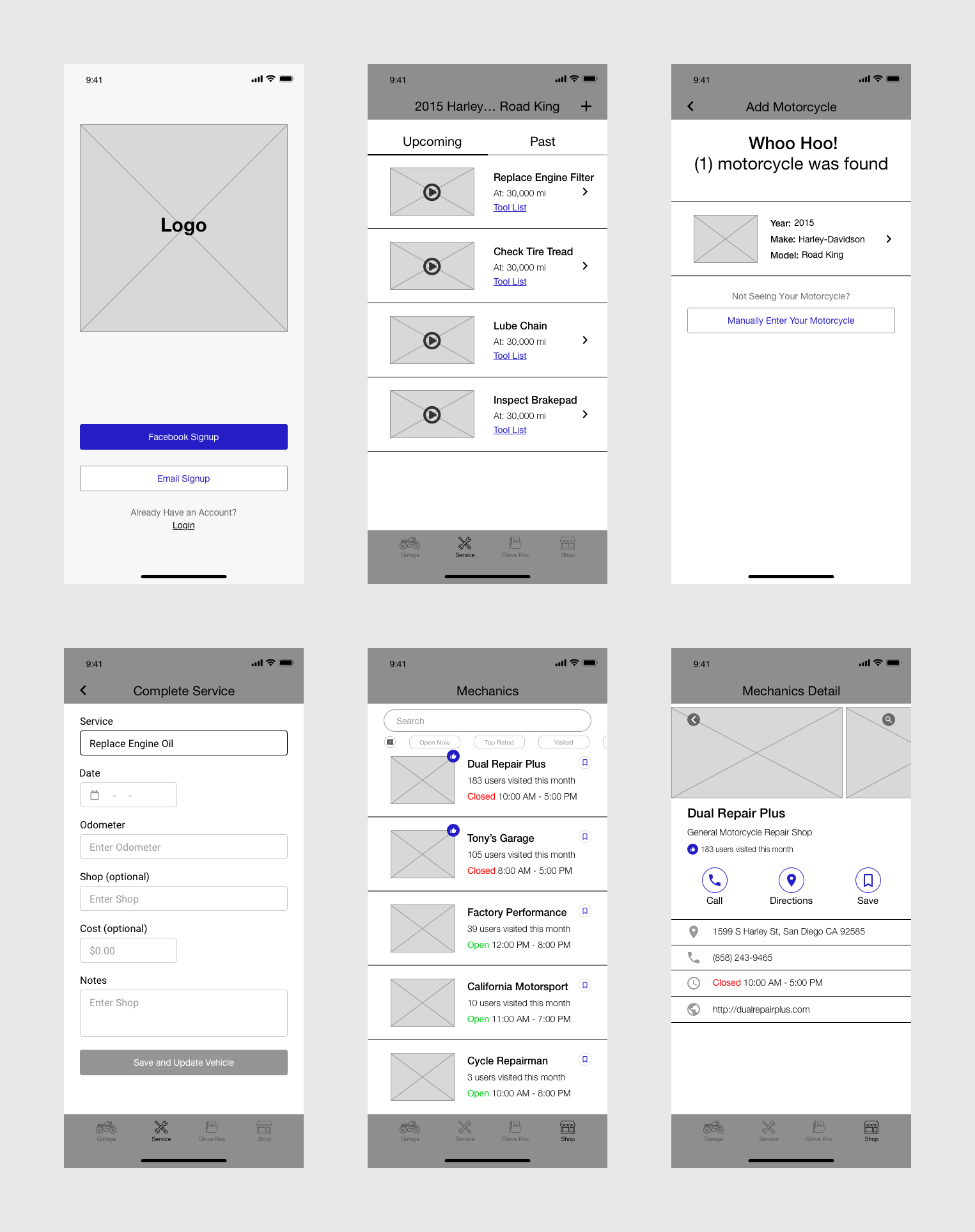 With the mid-fidelity wireframes in hand, I created a mobile prototype in Marvel in order to have a tangible product that I can use for testing. You can interact with my first prototype through the button below

I went to a famous motorcycle restaurant in Malibu called “Neptune’s Net“ and recruited 5 participants (1 female, 4 male) who had a similar background to our persona Dave. From these testing I was able to collect valuable usability feedback from target users.

In order to synthesize my usability test findings I created this Affinity Map. I was then able to identify critical insights and prioritize revisions in order for my next design iteration. 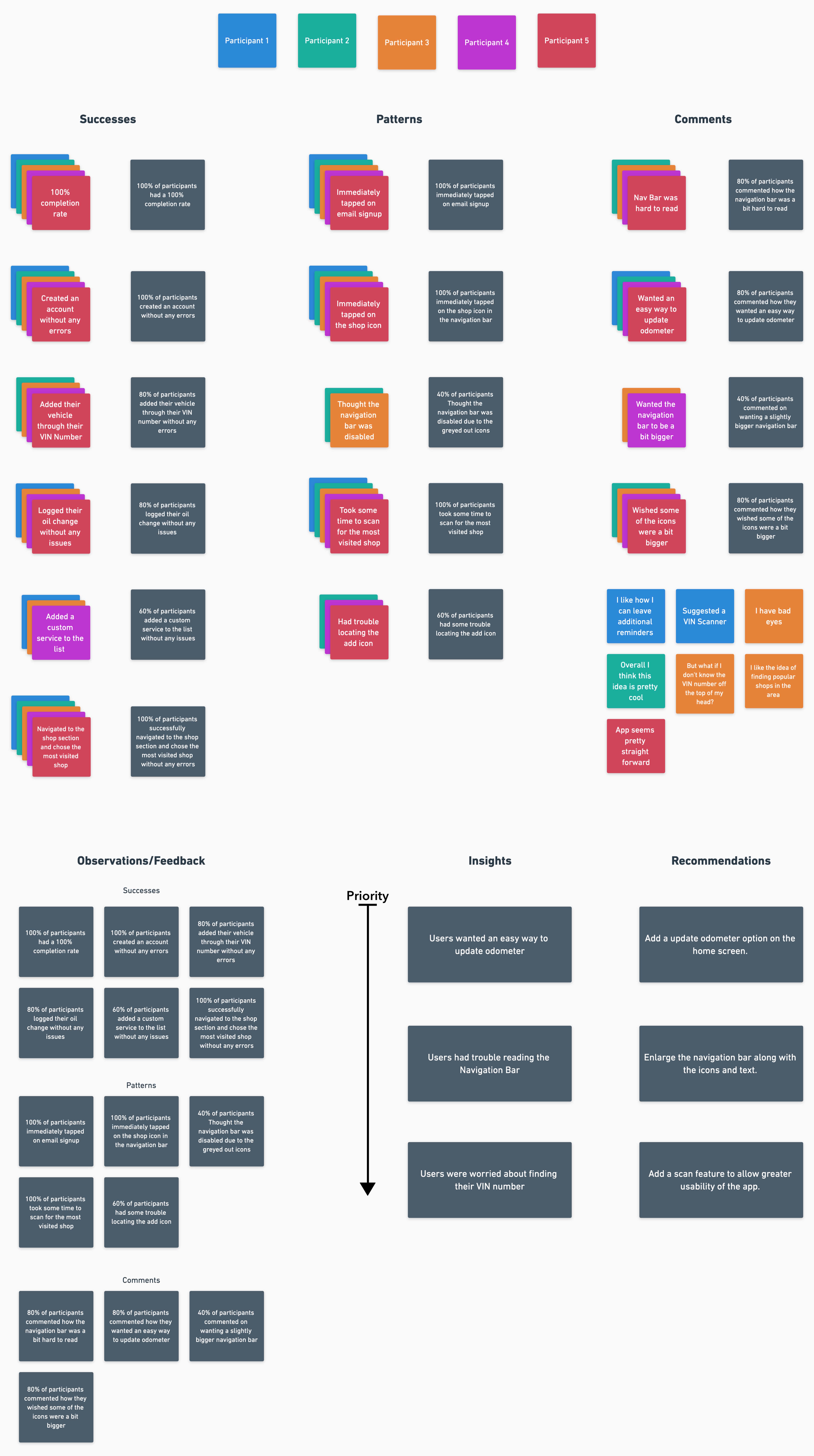 In order to establish an overall direction when coming up with MotoTech's branding I first defined MotoTech's brand attributes. I then created a mood board which you can view here.

I then took to my sketchbook and sketched a multitude of ideas that could potentially be MotoTech’s logo. Once I felt like I had a good amount of sketches, I then turned to Adobe Illustrator in order to digitize the ones with potential. When I was finished, I had a logo that I felt strongly embodied MotoTech’s brand attributes.

I then created a style tile to serve as a consistent visual reference for the brand before creating the high-fidelity wireframes.

Using my style tile and the insights I gathered through usability testing, I was able to iterate upon my existing mid-wireframes. Below, are some of the major changes I made in order to address issues that were brought up during testing 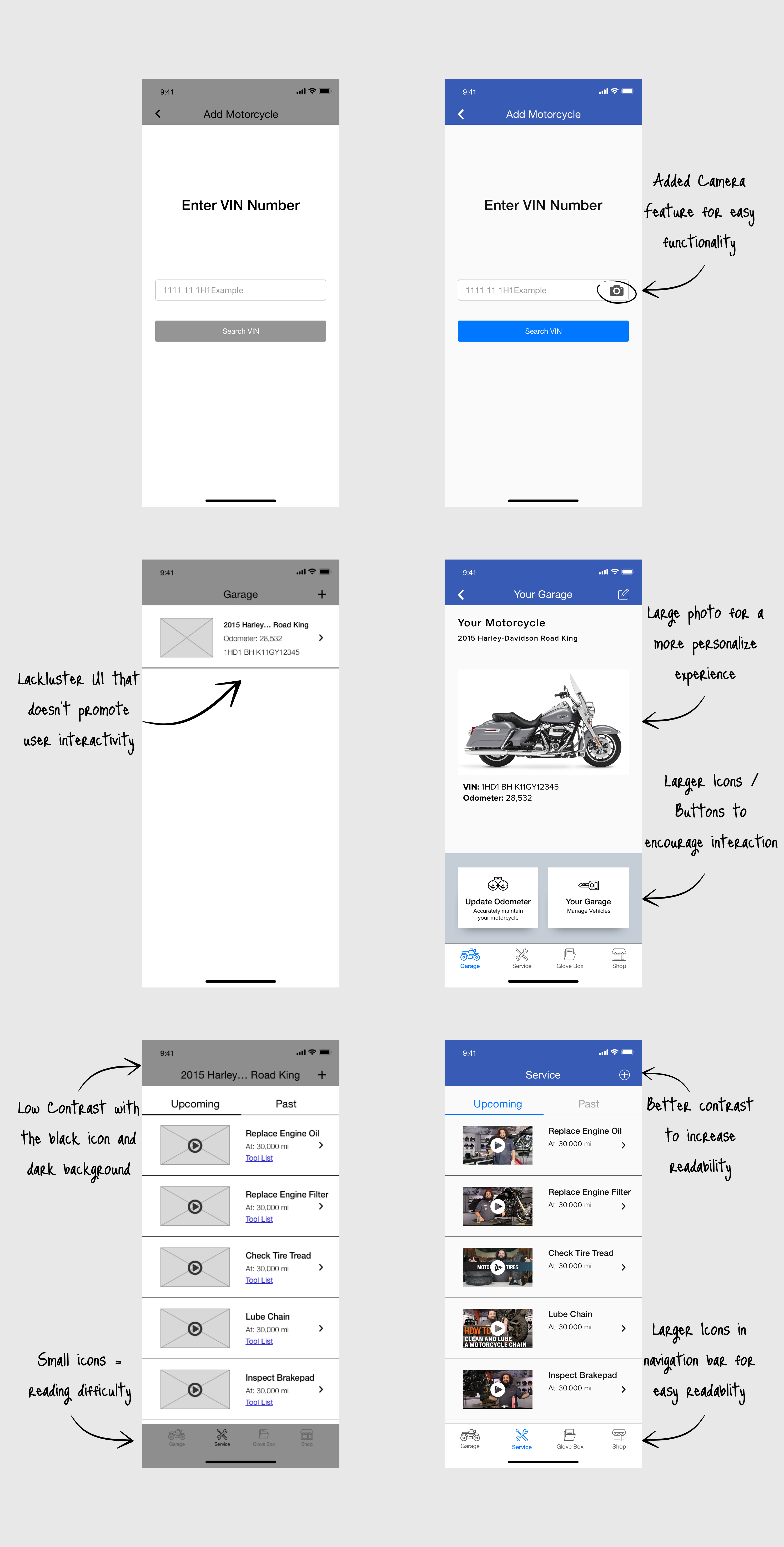 Currently my team and I are in the middle of testing and getting ready for our launch date in March. In the meantime please feel free to browse some of the screenshots of our product below as well as the marketing website I designed and built, which can be found at www.mynextstep.me

Using the platform Invision, I was able to create a final prototype in order to prepare for developer handoff. Feel free to interact with the final results down below.

During the process of developing the high fidelity wireframe and prototype, I maintained a UI Kit during my design process to document UI elements and patterns for future reference. If I was to collaborate with other designers this UI kit would help ensure that all the UI elements stay consistent. 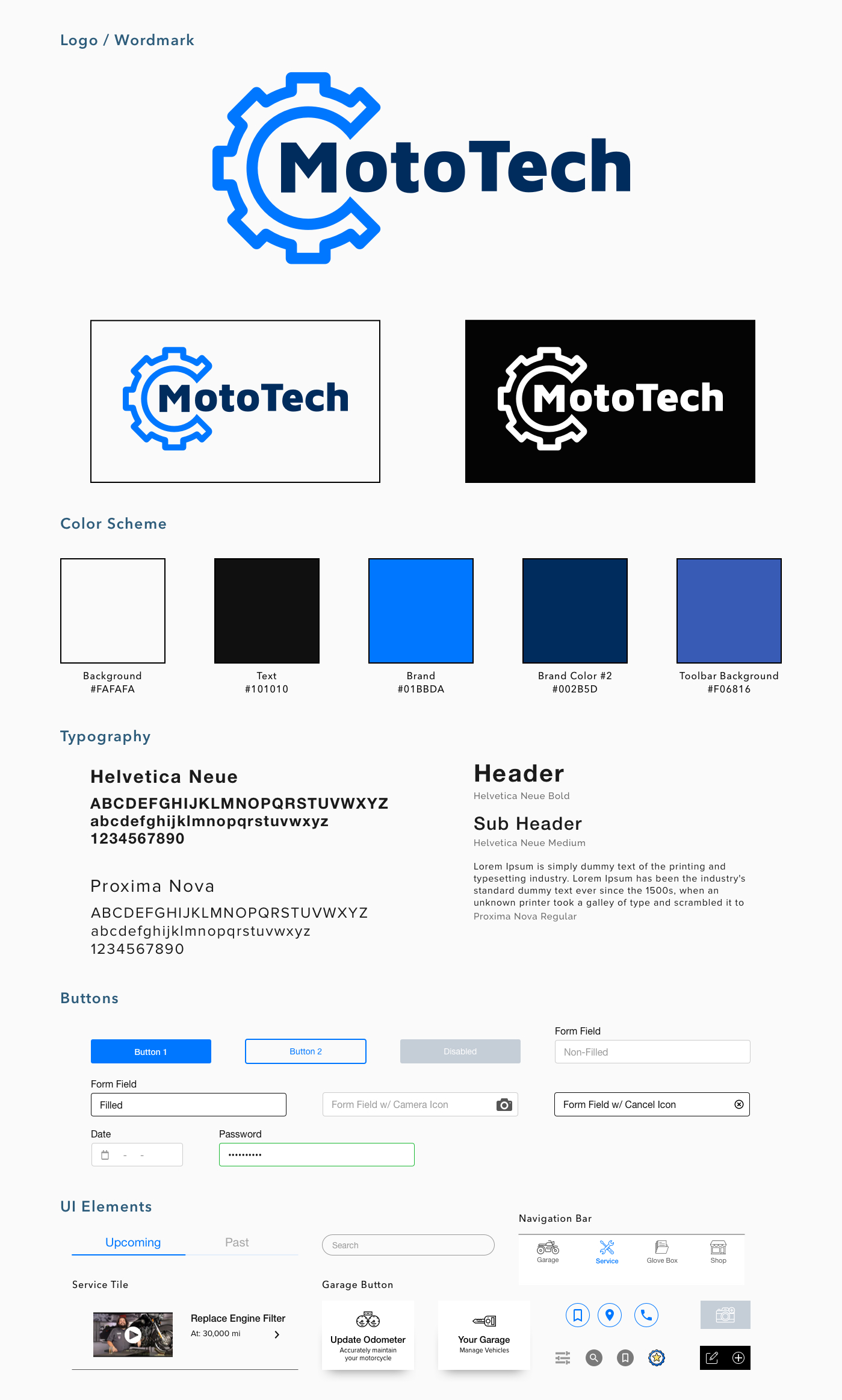 Conduct research with other target groups, such as younger riders and female riders.

Initially in the beginning of this project I thought this would be a relatively “simple and straightforward app.“ But as the project continued I realized I was very much wrong, and even very “simple apps“ have a lot of things that must be addressed in order to produce an app suitable for it’s target audience.

One major lesson I took away from this project was the ability to break down a problem and address each issue one at a time. This simplified the problem into manageable pieces to which I was able to subsequently solve. 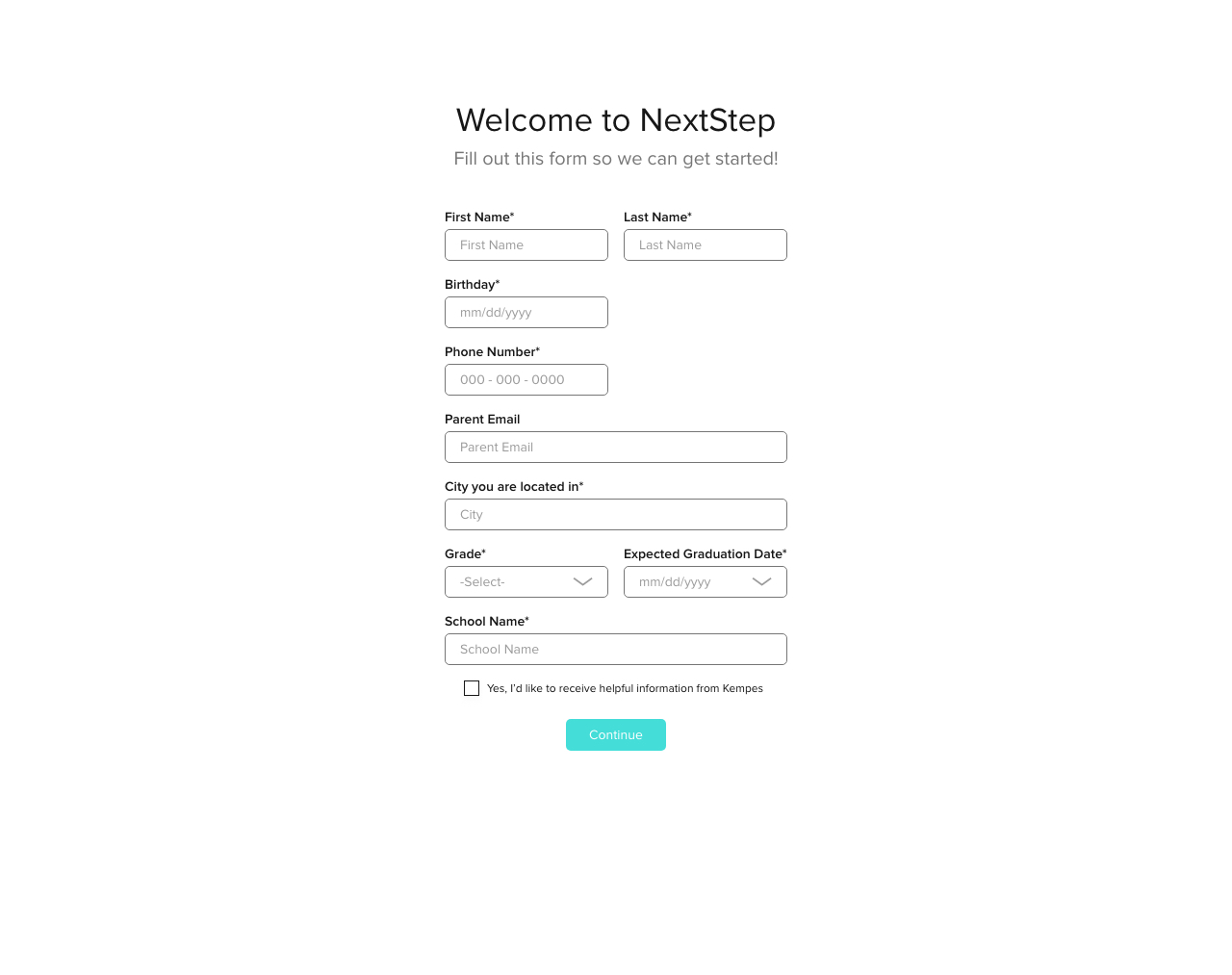 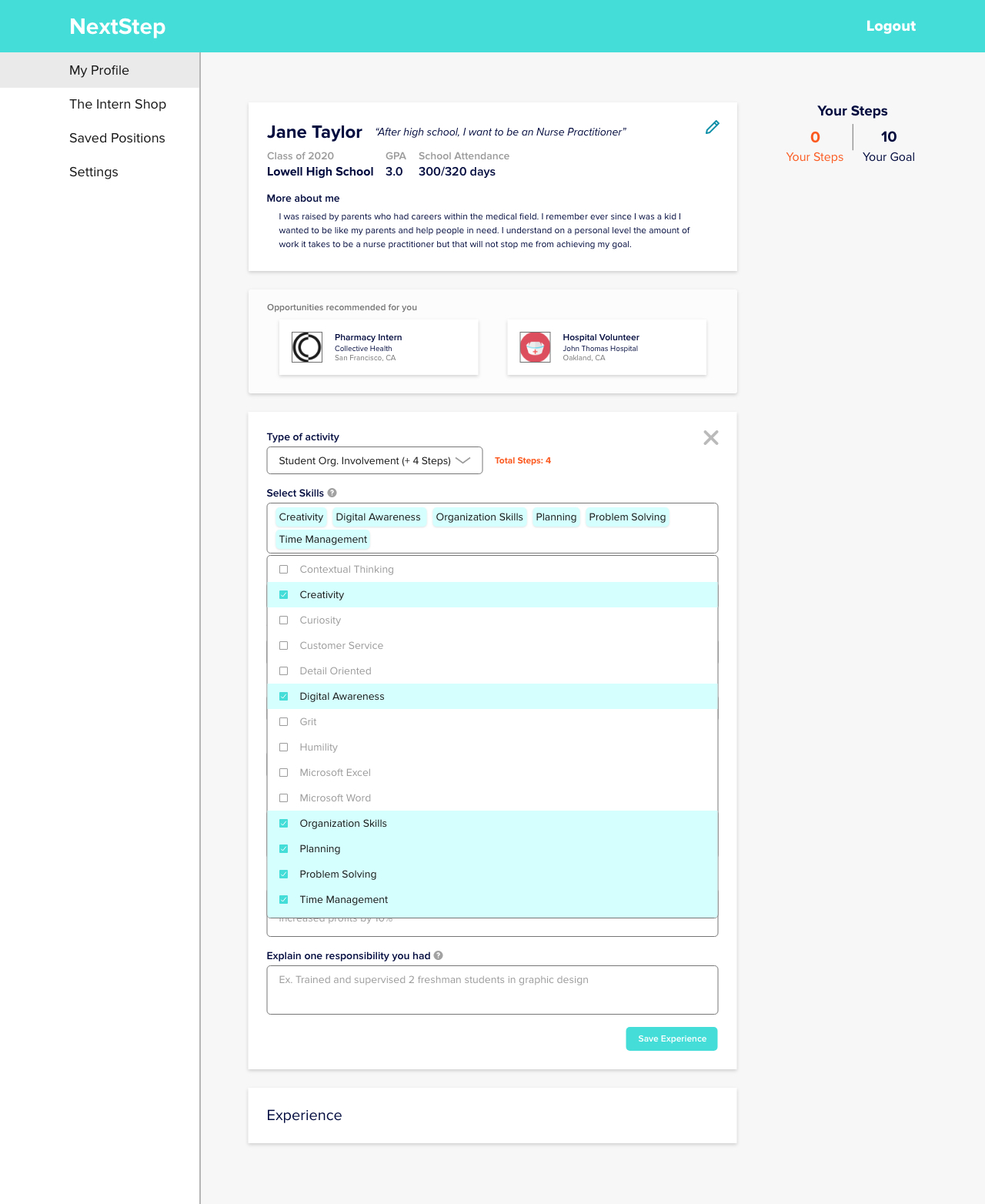 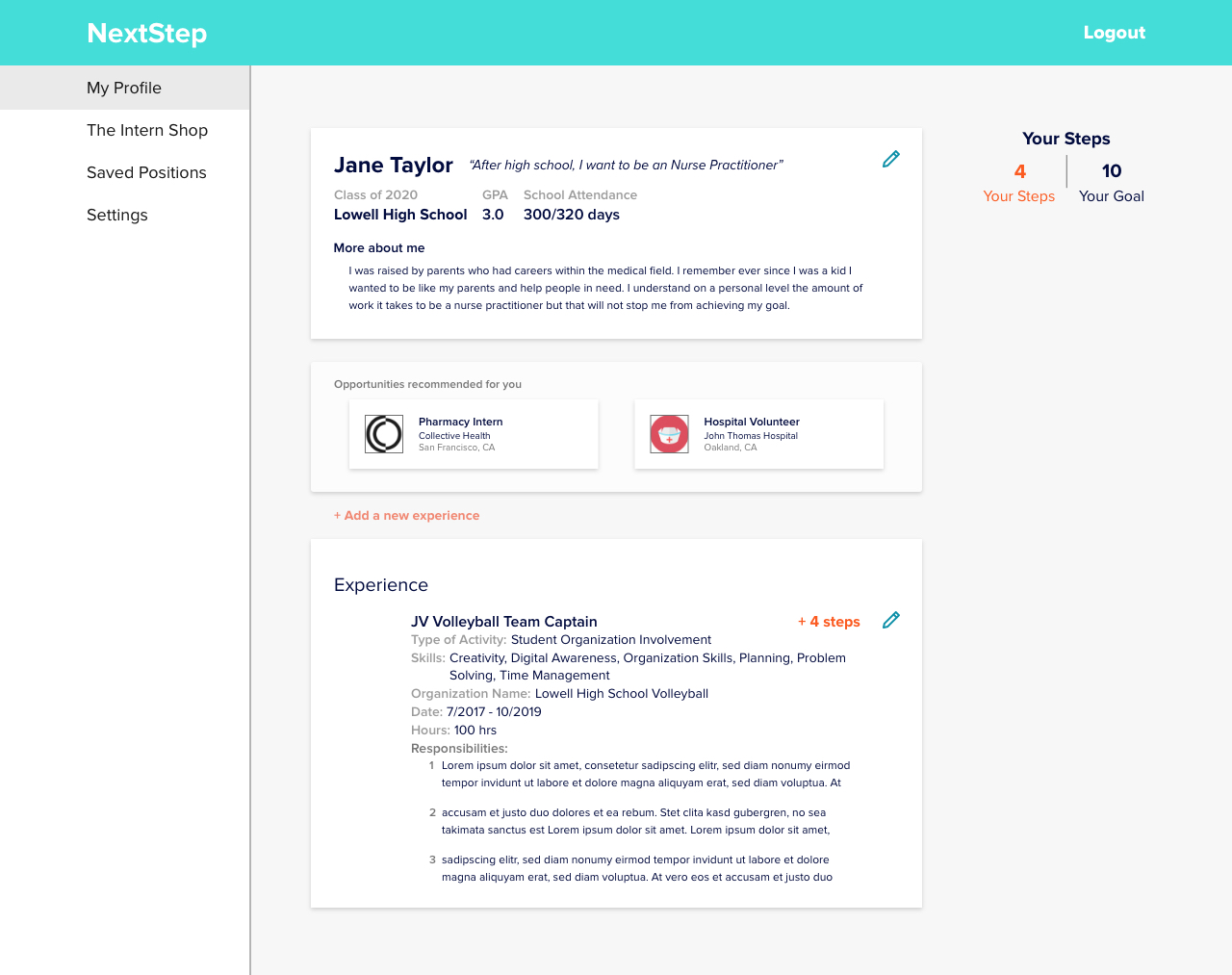 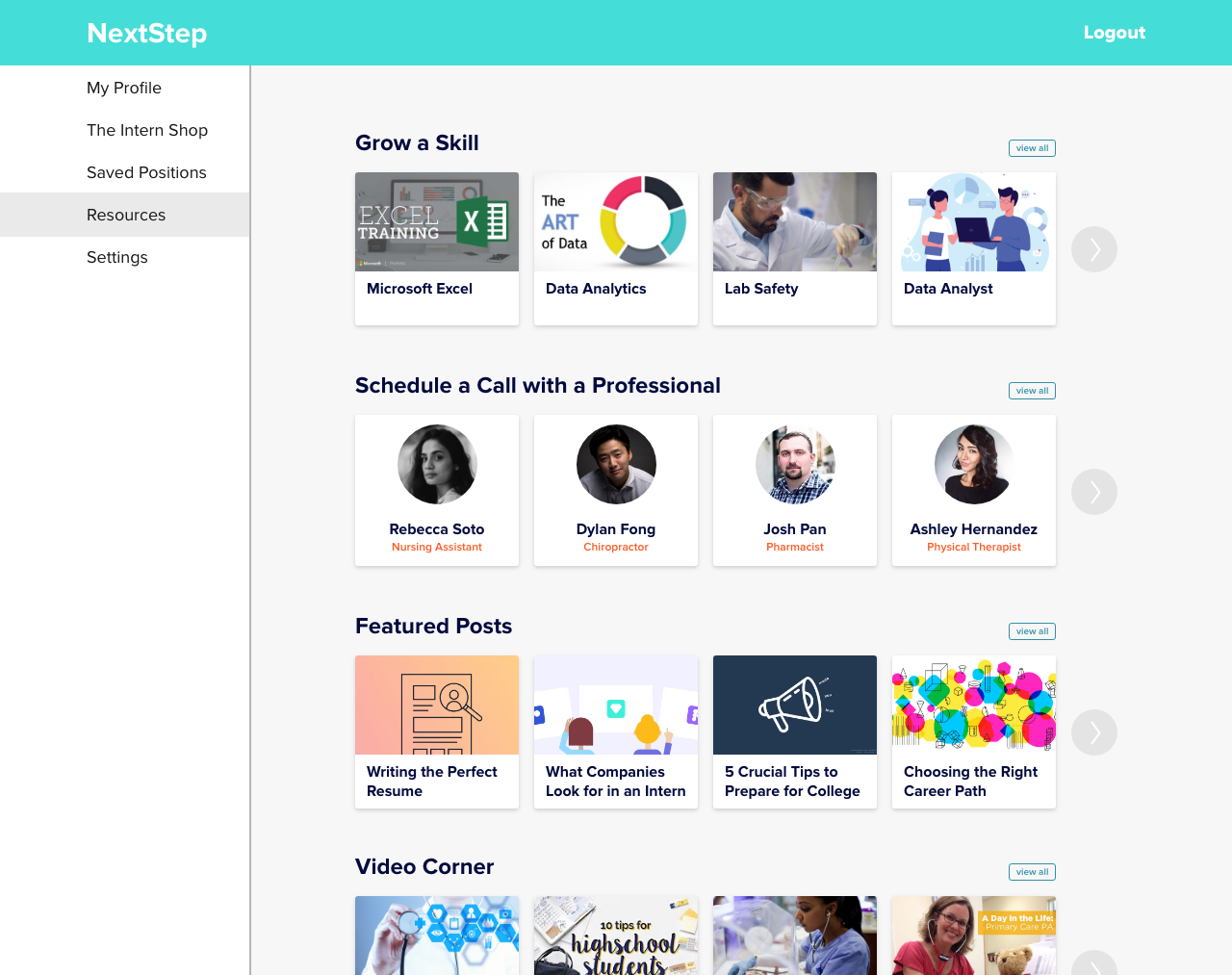 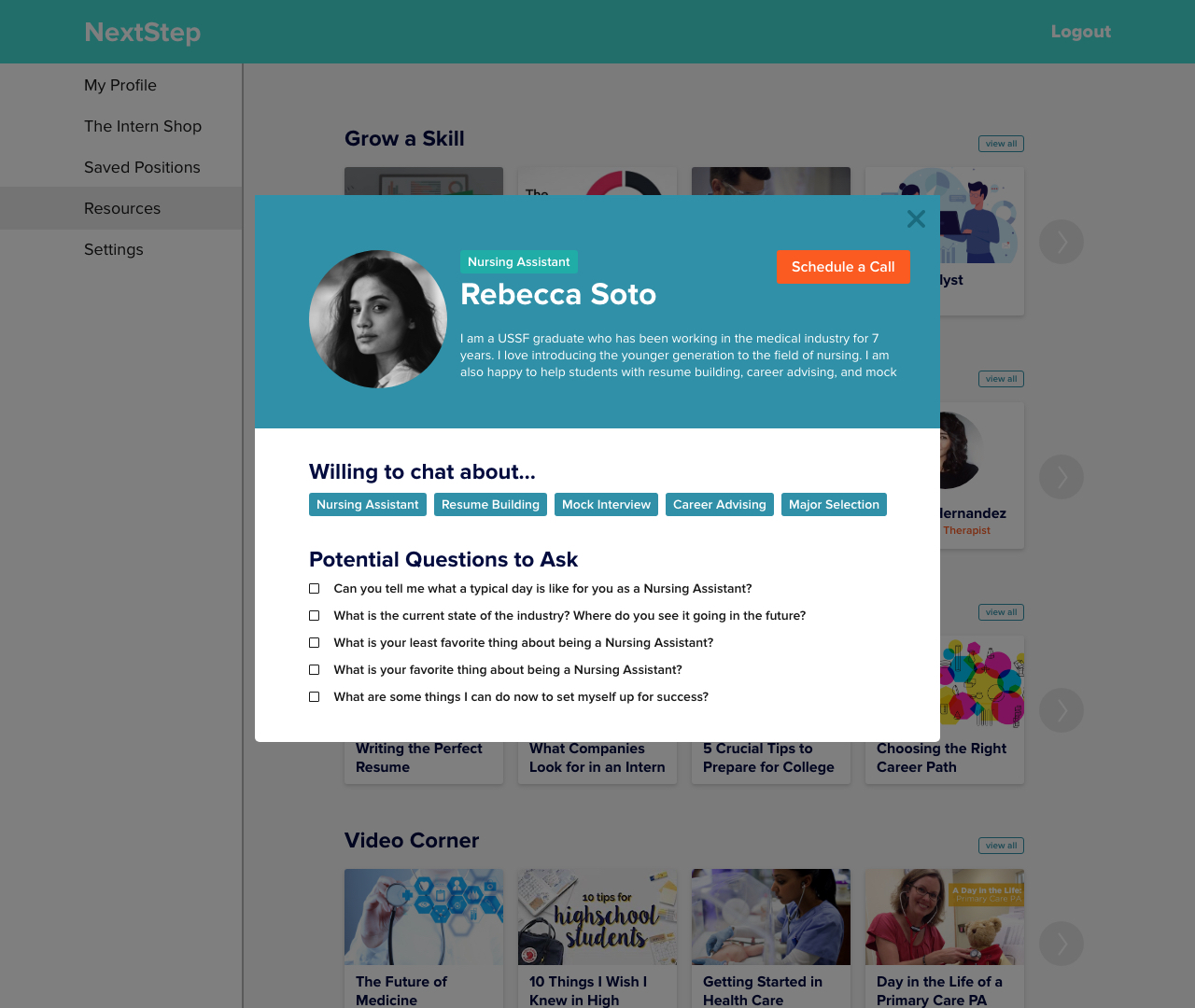 Setting Up One on One Calls 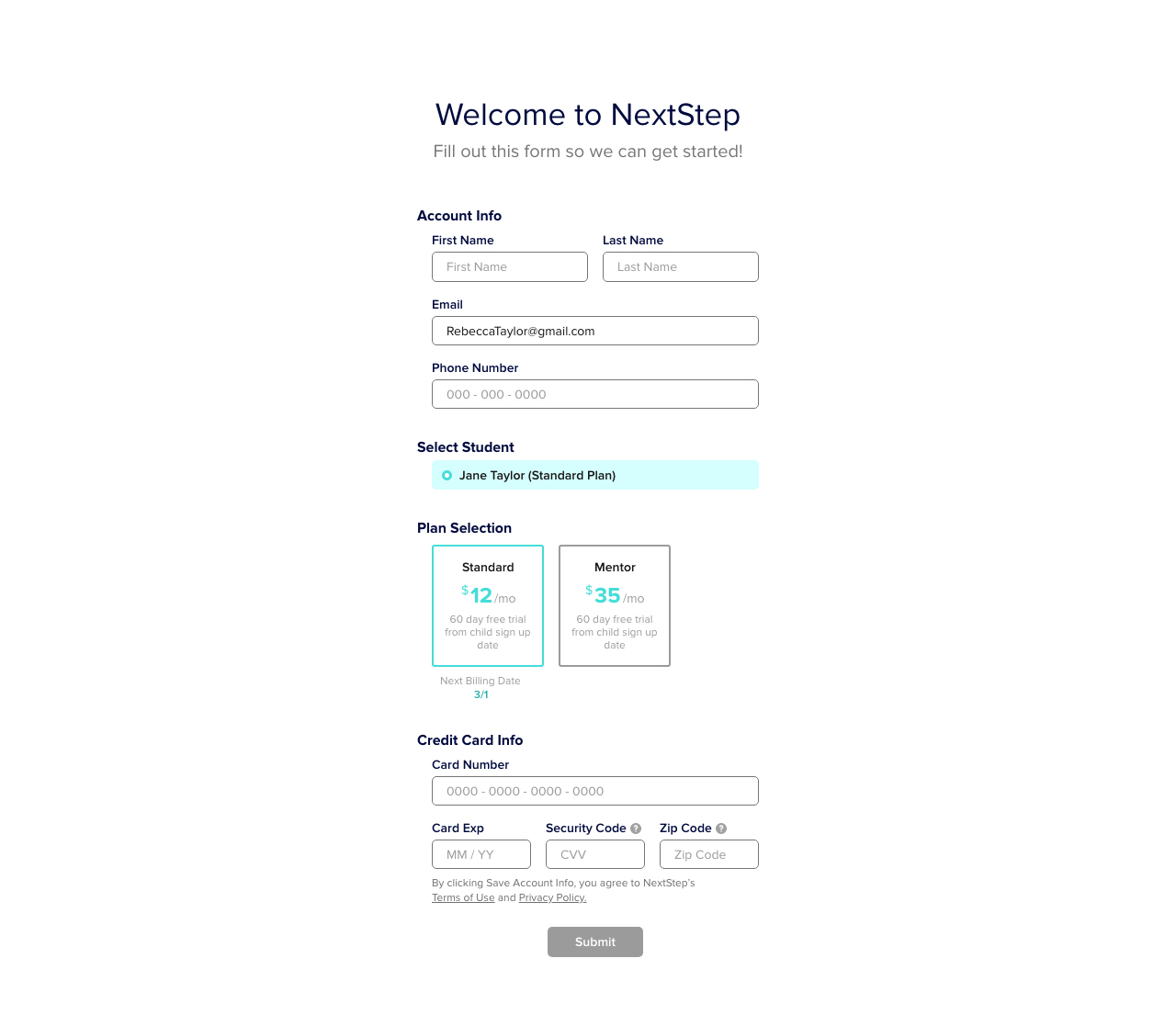